Jannarah was alomost two years old, when she joined our pack. Her breeder had taken her away from a person that hit her and let her almost starve. Then the breeder gave her to us. Jannarah is the half sister of Ibo. The other dogs accepted her immediately.

It took a while till the shy girl trusted in us and understood that we come back after we left.

Jannarah loves playing (she likes to steal toilet paper rolls. preferred with paper). In the meantime she had learned to play with several dogs at the same time. She loves running and jumping, throwing things through the air and digging holes.

During the day she is able to sleep alone somewhere in the house, but at night she needs physical contact with me.

Although she hadn't been with us from the beginning of her lifem she's already reached quite a lot in the showring. She's also interrested in the plastic hare on the race track or at lure coursing, so she'll certainly do her racing license. 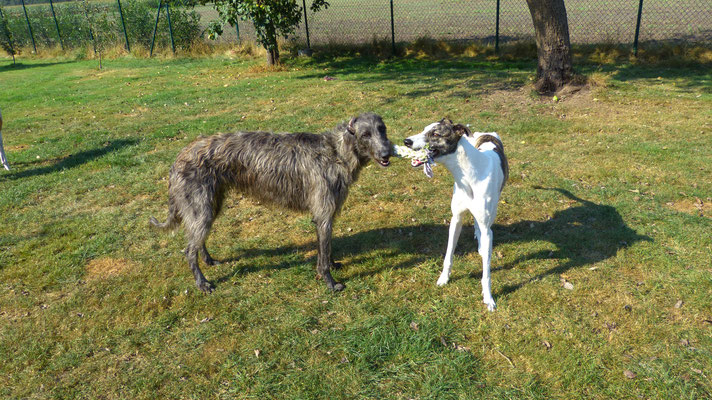 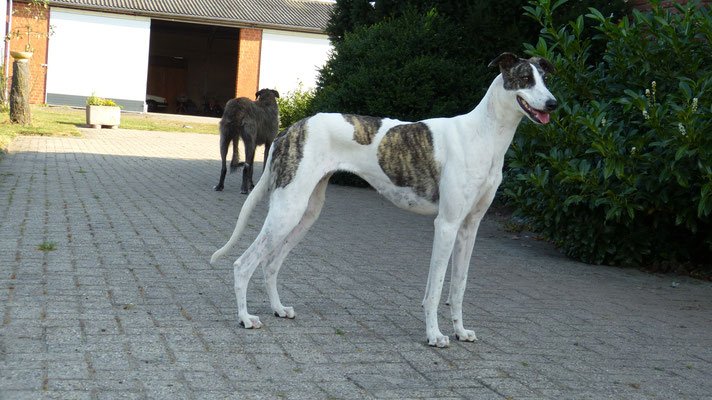 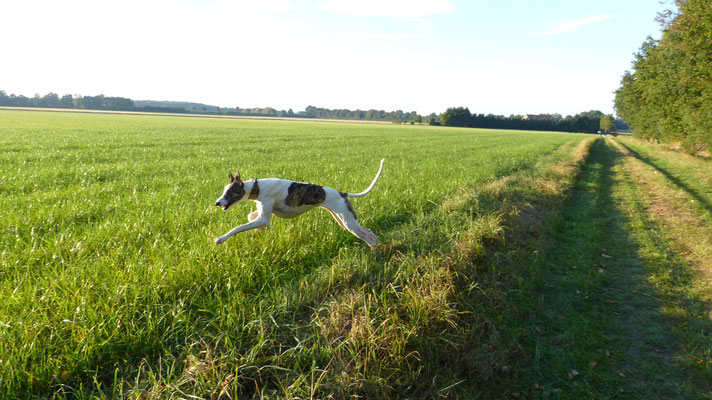